Goodyear, the American tyre giant, has been in this business since 1898. However, until now, the residents of Oxford did not have any convenient way to buy Goodyear tyres. This troubling issue is solved now thanks to Phillips Tyres, from where you can buy, and if you want, conveniently order Goodyear tyres online too.

Goodyear is named after Charles Goodyear, the man who pioneered the use of vulcanised rubber, on which most industries stand, and not merely the automotive industry. It is one of the world’s largest tyre manufacturers, often ranking in the top fours, alongside with Michelin, Continental, and Bridgestone.

When you buy Goodyear tyres at Oxford, you know that you are paying for quality and unmatched performance. Indeed, Goodyear has several firsts to its name, something which has catapulted them to the greatest heights imaginable.

Whenever you are looking to buy cheap Goodyear tyres, remember that:

All tyres by Goodyear 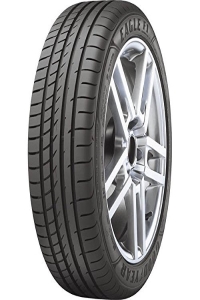 For more information and quotes Call Us Call Us